Bursting the busy bubble and the art of listening 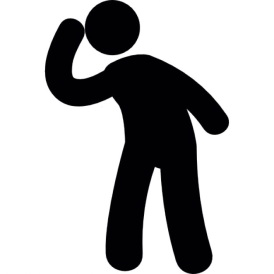 I’ve had so many of these conversations with friends and colleagues recently: “How are things with you?” “Ah good, you know, busy”. Sometimes I’m the person asking the question; sometimes I’m the one answering. It can start to feel like we are all buzzing around endlessly chasing our tails.

Naturally, I was interested when I came across Greg McKeown’s book, ‘Essentialism: The Disciplined pursuit of less‘. The premise is that we over value ‘busyness’ and should prioritise our decisions and actions in order to regain control of our working lives.

Since going freelance I’ve been determined to let some of the air out of my busy bubble. I promised myself that I would focus on three work goals:

It’s the first of these that I want to reflect on. I’m a huge believer in the importance of listening carefully and deeply; it’s one of the biggest strengths of a qualitative researcher. But it’s hard to do it justice in our fast-paced, digital age. It can sometimes feel like we are on an endless cycle of transmit and receive.

My youngest child reminds me of this regularly with his (understandable, I might add) protestations of “Mummy, you’re not listening to me!” while I’m simultaneously listening to several excitable children at once and invariably cooking/cleaning/texting and listening to the radio all at the same time. Like patience, listening is most certainly a virtue.

Taking the time to pause, listen and reflect can sometimes feel like a luxury and an indulgence. And yet, some of the best and most productive interviews I’ve done as a researcher are the ones where I’ve hardly spoken a word. A few simple open-ended questions and an attentive listening ear are often all that’s needed for someone to open up and share their experiences, hopes and dreams. It’s a precious moment indeed when an interview becomes less about asking the questions and more about reflecting on the answers.

At times when the busy bubble is starting to expand if can be refreshing to take some time out to stop, listen and reflect. There are some great projects and organisations out there devoted to the art of listening, to name but a few:

By developing the art of listening perhaps we can stave off ‘Mrs Jellaby syndrome’ (Mrs Jellaby is that all too true Dickensian character from the novel Bleak House who becomes so pre-occupied with the plight of the Barrieboola-Gha tribe in Africa that she fails to listen to the needs of her own children – something we should all be wary of) and become more in tune with the needs and views of those around us.

I don’t know whether i would quite call myself an Essentialist (I’m probably still a bit too indecisive for that) but I am determined to work on being the very best listener I can be. And as far as my other priorities, well I’ve come to realise that re-telling stories and being creative with the narratives flow naturally from that point of good listening.